We have been really busy in Rang a Cúig this term.  Have a look at all the exciting things we have been up to!

Rang 5 had great fun learning lots of poems! Here are some of the poems we learnt:

We think “My teacher took my iPod” was our favorite poem. We learnt terms like alliteration, onomatopoeia, and personification. We really enjoyed studying the different poems.

Well that’s all we have to say and a big thank you for reading it! 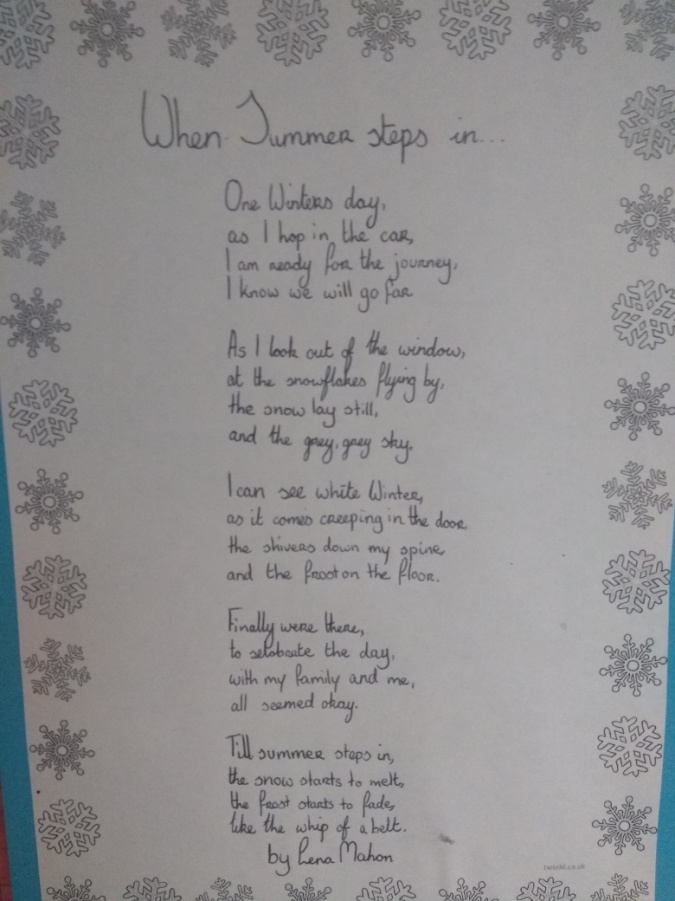 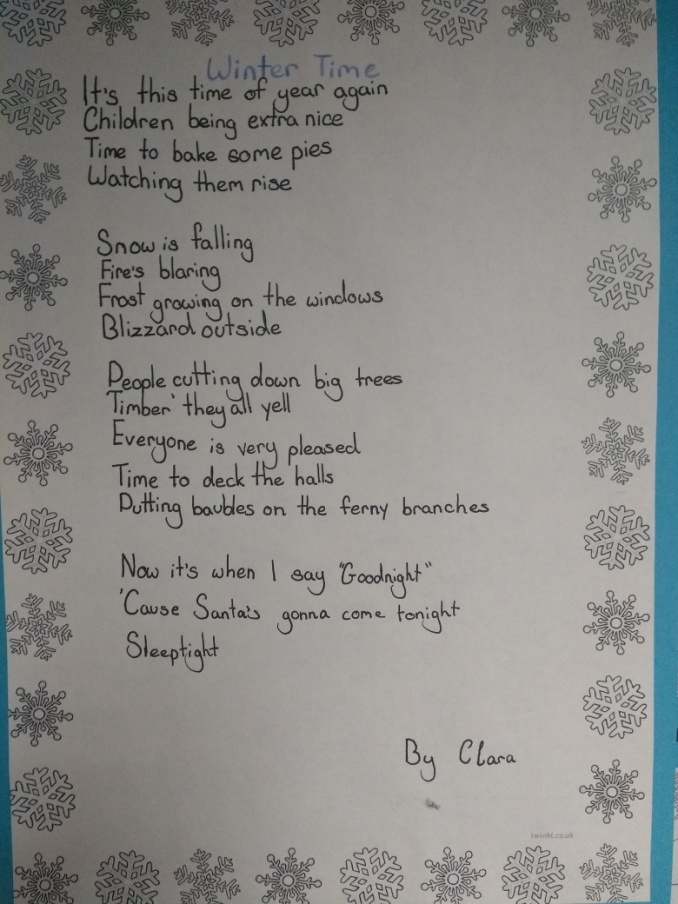 In the past few months our class have done a good few projects. The first project we did was on the Burren, we did them on Word documents.  We made a presentation on the laptops. Did you know Boireann in Irish means great rock?! We printed them out and put them on display in our classroom.

The second project we did was on a famous landmark or building. We had to paint a picture of what we got and then write a page or so of facts about it.

For the third project we got an activity sheet fact file and we got into groups of two or three. We chose a country and we drew a map of the it, we wrote five cities, five mountains, five lakes and rivers, and then we wrote what the capital city was, the population, the language(s), the currency, the area x by Ireland, the highest mountain, and the longest river. We found the information in our atlases and online on the laptops. We then stuck them on the wall.

A few people started on a project on St. Patrick's Cathedral because we are going there on a trip this week. We have also completed some smaller group project work with Ms. Curran.

We all really enjoyed doing these projects and learned a lot of facts. 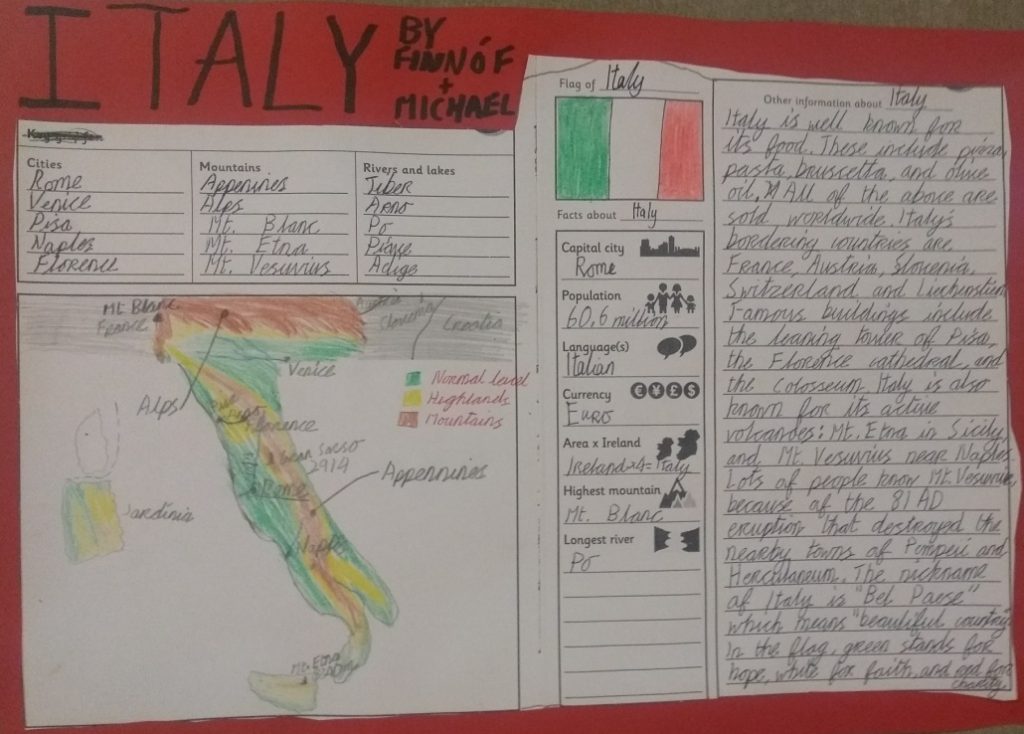 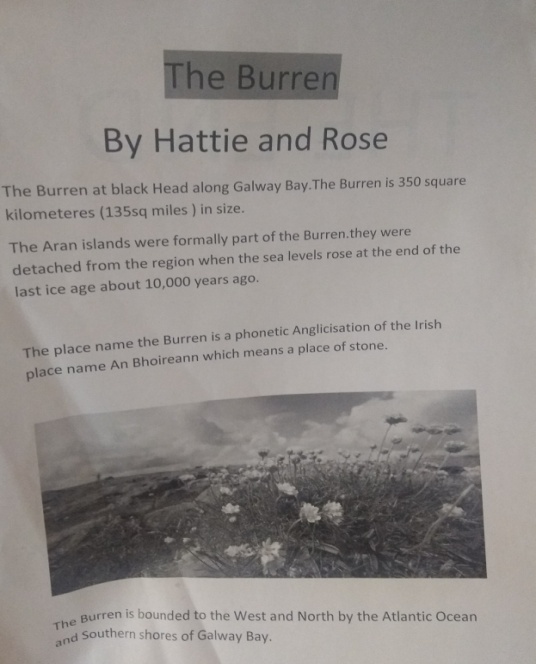 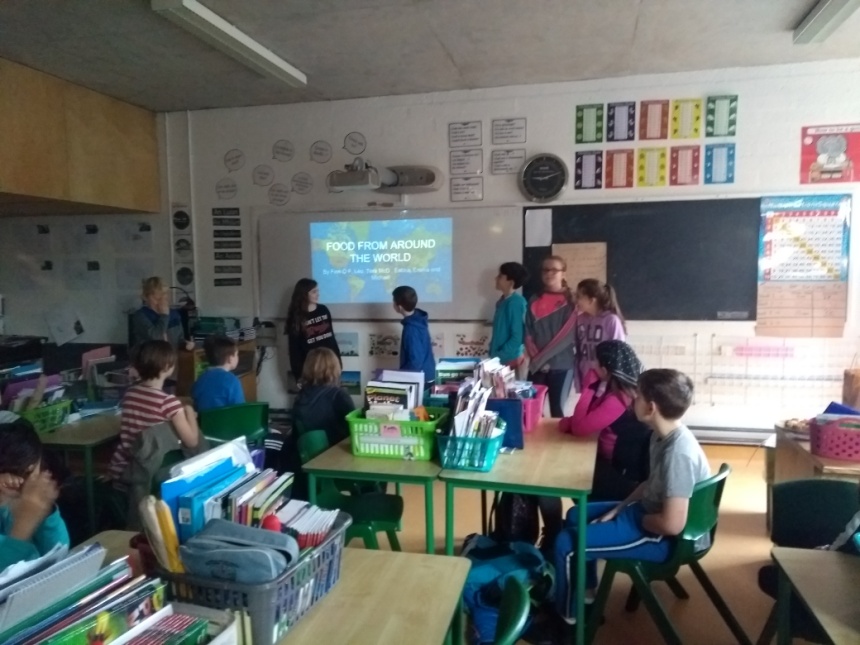 Debate day was a huge success in Rang a Cúig. We started off by setting up the classroom in a formal way. The debating motions varied from “Students should get paid to go to school” to “Zoos should be banned.” We were split up into teams of four and were given our motion. Then we got split up into proposing and opposing so then we had teams of two before we began Debate Day 2017. We sat in our groups to gather information and write speeches. We researched our motions using the laptops. Finally the day arrived. We sat down to listen to the debates. From first to last we had a blast. We also had a lot of visitors including Ms Stynes, Mr. Fairbrother, Ms. Curran, Rang 4 and six Ugandan principals. We learned so much on this great day! 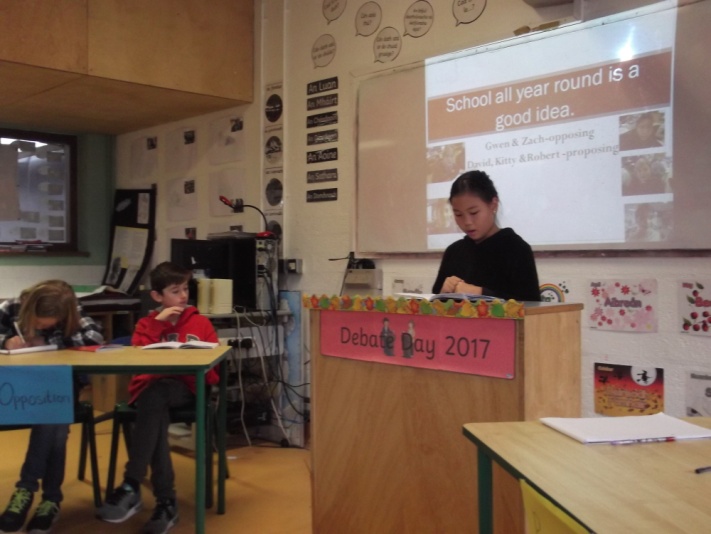 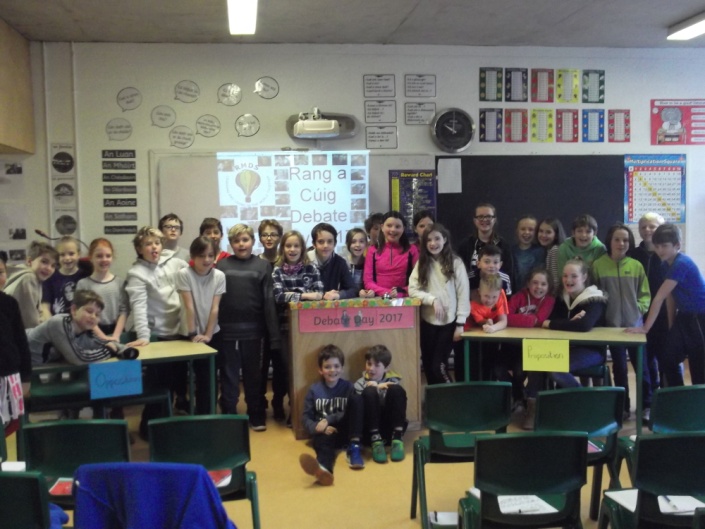 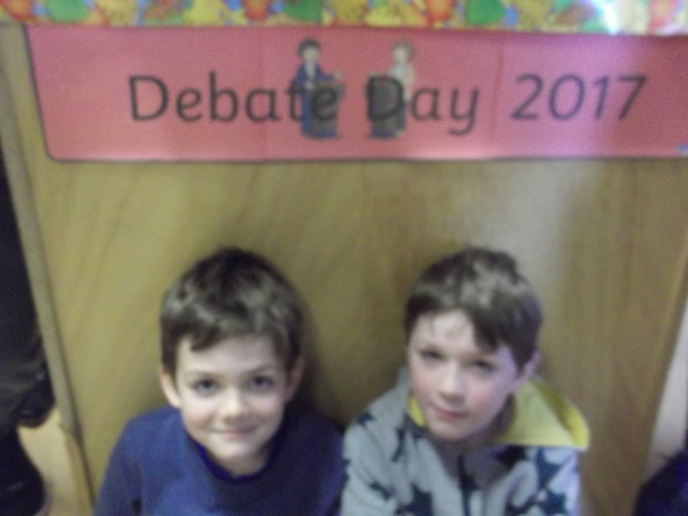 This Halloween there were lots of interesting costumes in Rang 5 from Cereal Killers to Dead Hermoine Grangers and even a Super Banana!

In our class the Green School competition winner was Finn O’ F. as the Leaning Tower of Pisa.  Two other great entries were Tara Mc. and Tara C. as the Freaky Fridge and the Killer Freezer.

Then we finished off the day by eating sweets and watching a movie and having lots of fun!! 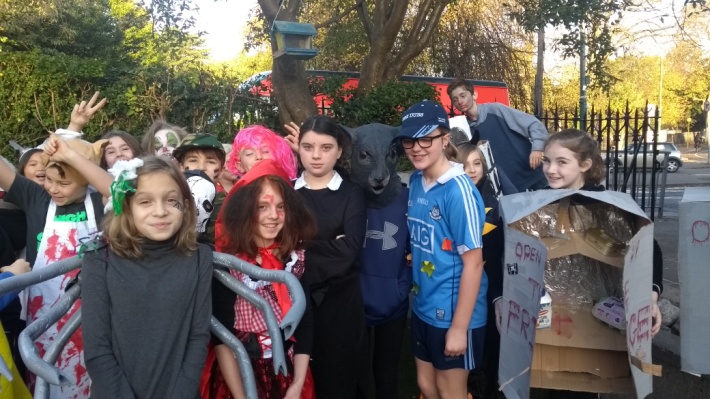 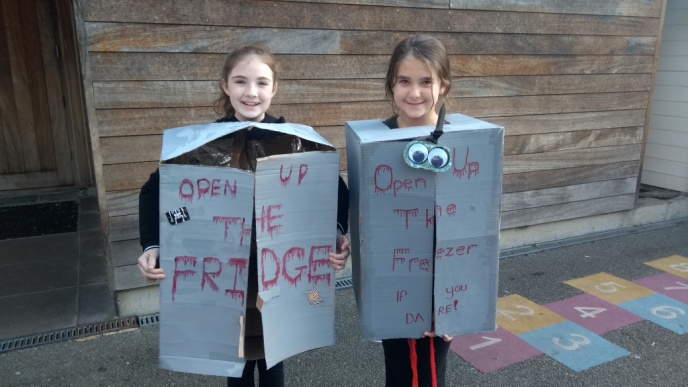 On Thursday 19th of October we arrived at the mosque and our guide (Dr. Ali) showed us a slideshow on Mecca and Muhammad. Then he took us into the prayer room. Then we went to the Muslim school and we met the 6th class which Clara’s dad teaches. We talked to the other children. In class we learnt all about Islam, Ramadan and the 5 Pillars of Islam: Shahada, Salat, Zakat, Sawm and Hajj. 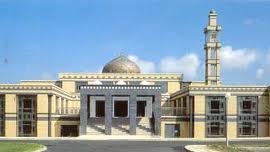 At the start of December we ran a 5km! We ran it on the track down in Irishtown. We got a bus and it was a thirty minute drive. It took around half an hour to run our 5km. We started training midway through October. We trained for a month. Some days were cold and some days were sunny. It was quite hard because you get quite tired, but it was still fun. We were proud that we ran a 5km. That weekend Peter ran another 5km! When we finished our 5km run we got a trophy and medal and also sweets and water. Part of the track was even frozen! Overall it went really well and we trained and worked really hard. We also made t-shirts for the 5k and we wore them while we ran. Thank you for reading! 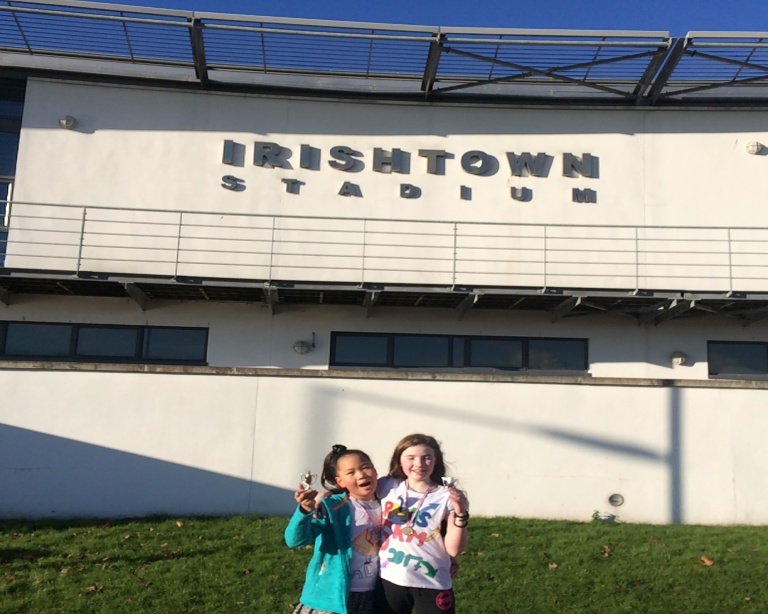 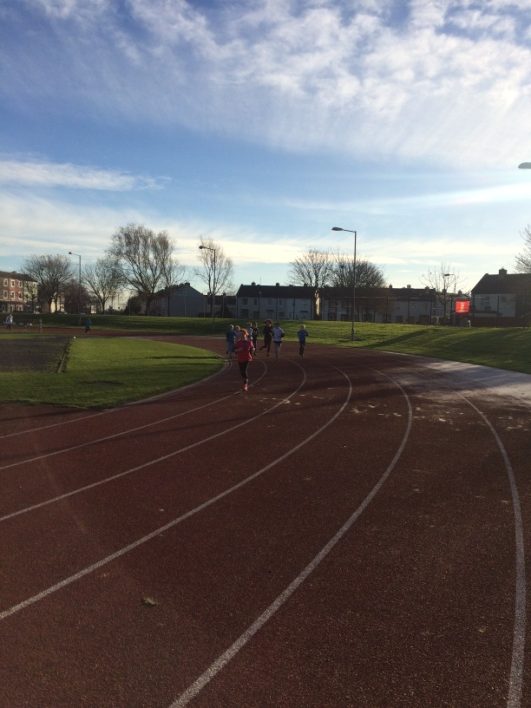 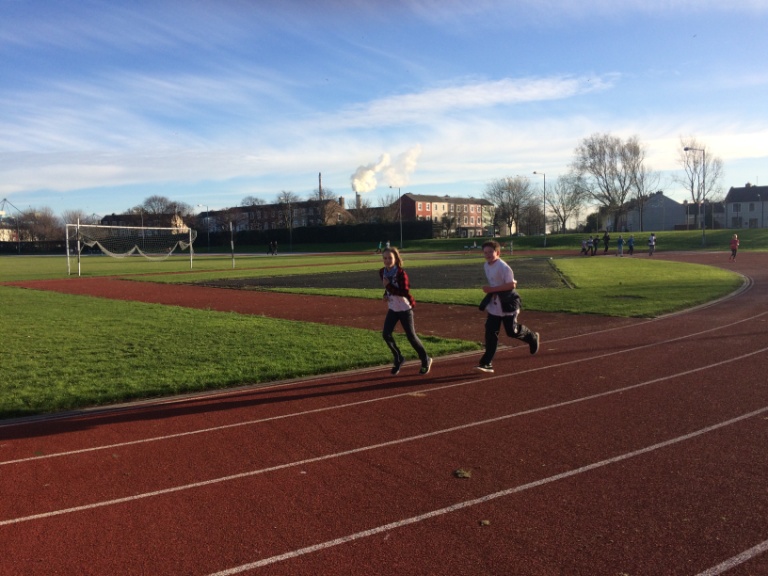 We have been learning about homelessness recently. Homelessness is a big problem in Ireland today with 5,412 people homeless as of November 2017. This is a shocking number of people without a home and an increase of 18% since 2016.

We make hampers every year for the homeless at Christmas time and donate these hampers to Focus Ireland. An example of some of the things we put into our hampers were; 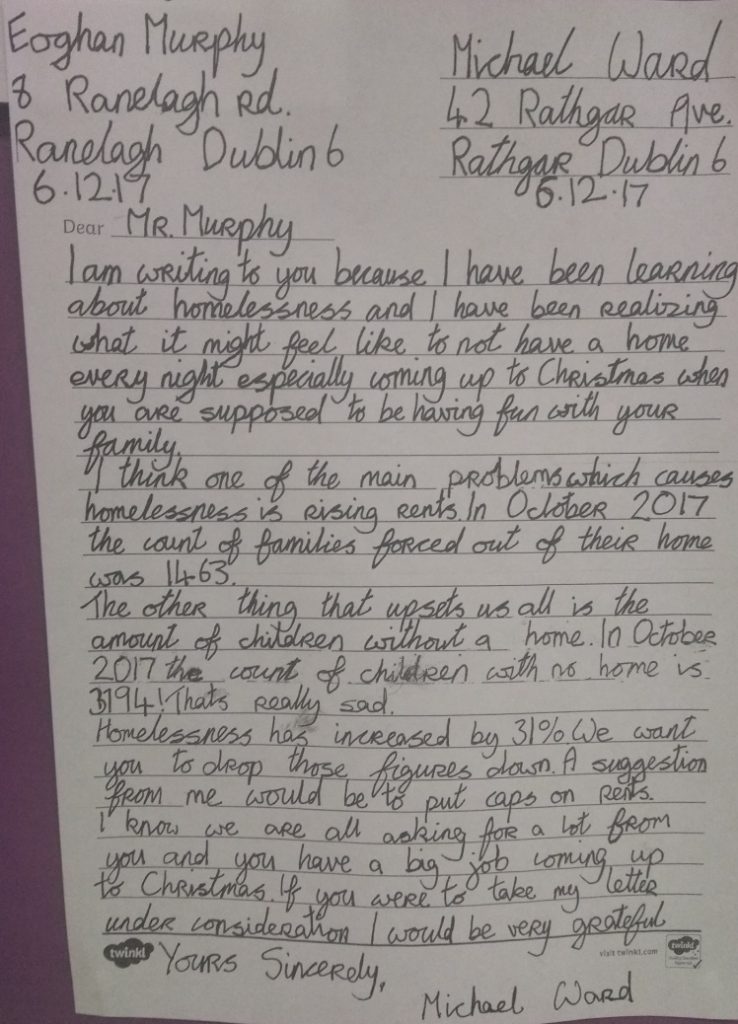 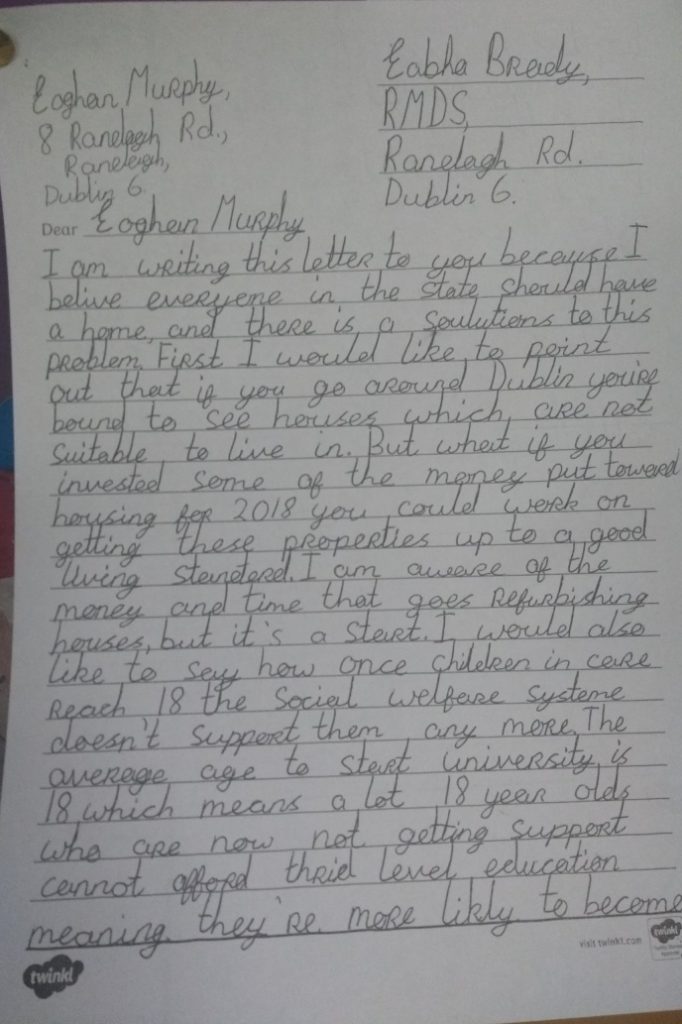 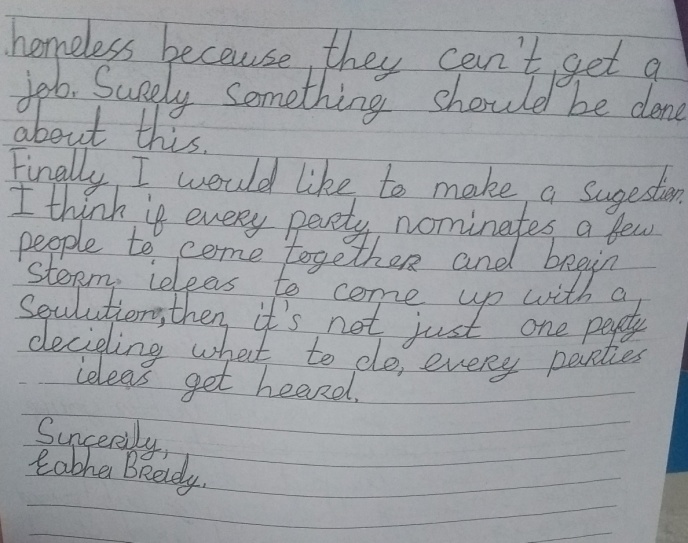 So far this year we have read lots of book including: 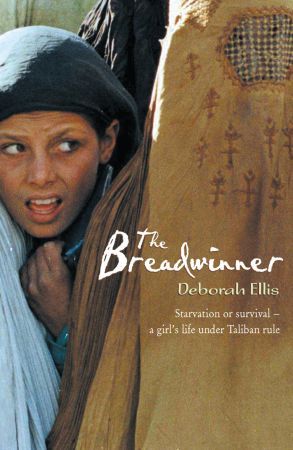 The first book we read was The Breadwinner. This book is about a young girl called Parvana who lives under the Taliban rule and must dress up as a boy to raise money for her family after her father is taken to jail. Our rating on this book is 9/10 and our favorite part is when the father came back as it was one of happiest parts of the book. 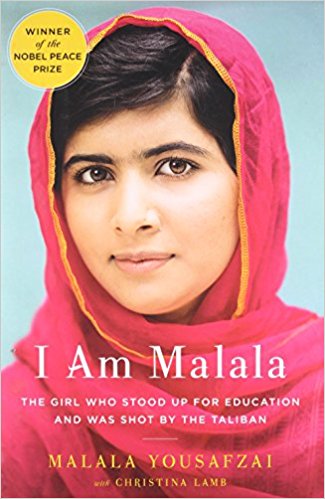 This book is about Malala’s life story in which she fights for women’s rights and education up to when she has been shot and after that. We have decided to rate this book 10/10 and our favorite part was when she woke up in the hospital as we know she is alive! 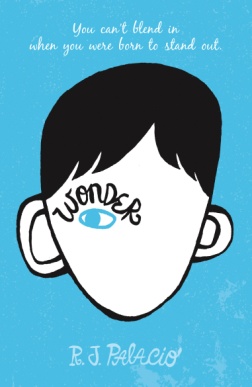 We read this book last and we still haven’t finished it as we went to see the movie in the cinema before we could finish. It is about a 10 year old boy called August Pullman who has had several facial surgeries to help him hear, see, and breath. It is his first year in mainstream school as he was homeschooled all his life.  His mum suggests he join this year because it will be fifth grade, the first year of middle school for everyone. During the book the storyline switches from August, to his sister, to his friends and it also takes you through August’s struggles of being bullied and betrayed. We rate this book 10/10 and our favorite part was the fight in the woods.

Thank you for reading our thoughts on the books we’ve read so far this year.

This year in Rang 5 we have done tons of amazing artwork, and learned about some famous artists and paintings. We went to the museum and looked at some radical art and then we tried some of our own. We did pointillism paintings, we sketched our shoes and we also did oil pastels and drew trees. We were learning about the Taj Mahal so we decided to make our own! And to top it off we did perspective painting. I think we can all agree that art this year has been awesome...so far!! 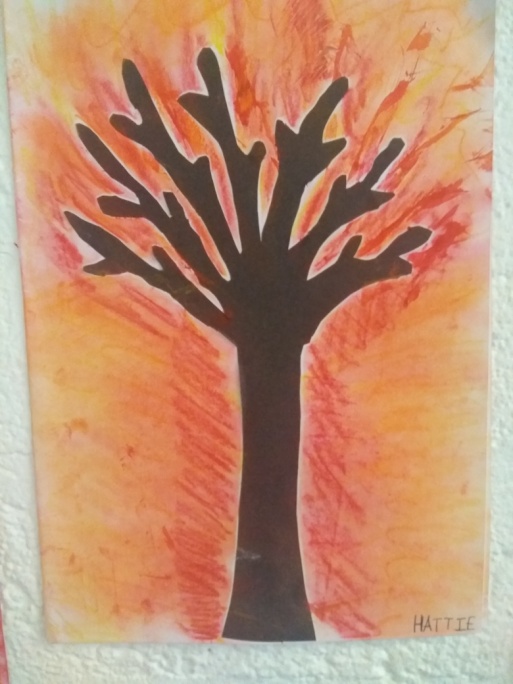 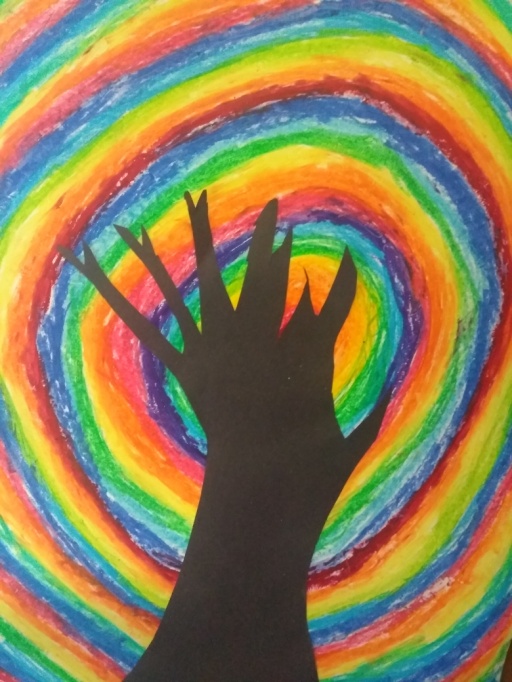 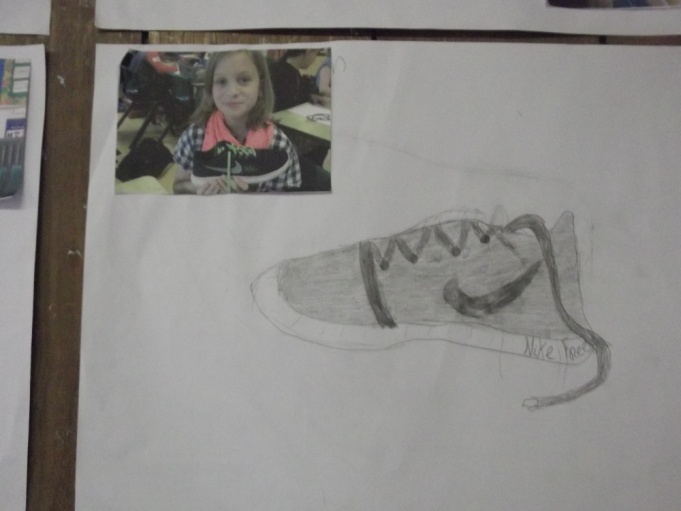