We had a great week this week in Rang a Sé. Last Friday half the class made their Confirmation and they all had a great day. In school we had a pizza party. R6 was turned into a pizzeria!! The classroom was set up with different stations for toppings. We had the bases at one, the tomato sauce at another, cheese after that, then we had meat toppings and veg toppings on the last. Two people in the class made vegan pizzas. We cooked them up in the staffroom and ate them in the classroom. The room smelled sooo good!!

After that we had rugby with Ken where we played some warm up games and at the end played a game of boys against girls. The girls were the winners on the day but the boys were at a disadvantage as there were only four of them.

Ms. Treacy started teaching the class on Monday. We are doing loads of nice lessons with her. We started learning about World War 2, the countries involved, the events that took place and we have started a project on it with a partner.

We created spinners in science and we tested them in the classroom. We made different sizes and dropped them from different heights to test them.

In art we worked on some sketching. We sketched a soldier at war. We painted the backgrounds too and will create a silhouette next week.

On Friday we are going to meet up with our buddies on the yard for some games. We’ll tell you all about it in our next newsletter. 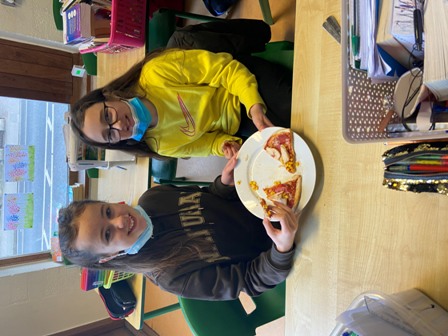 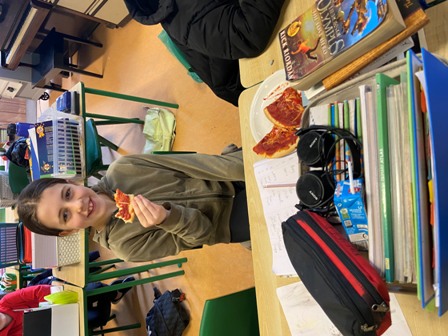 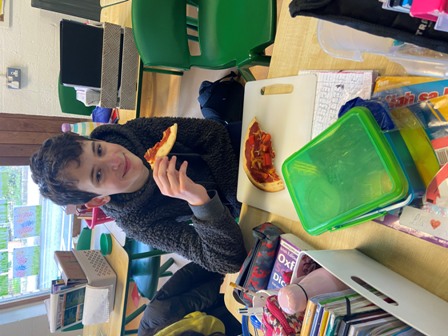 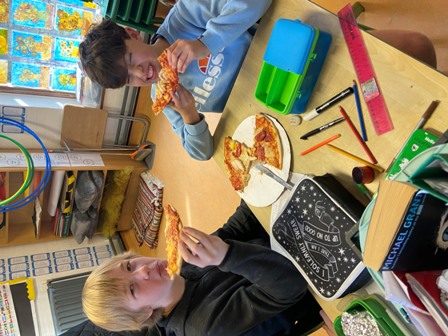 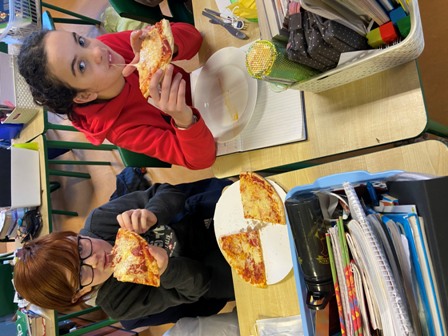 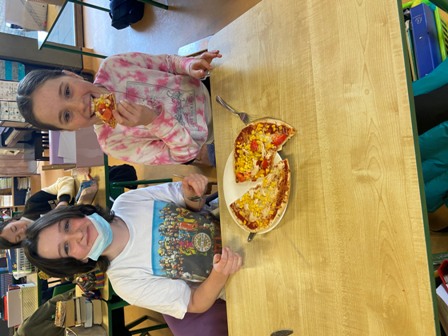 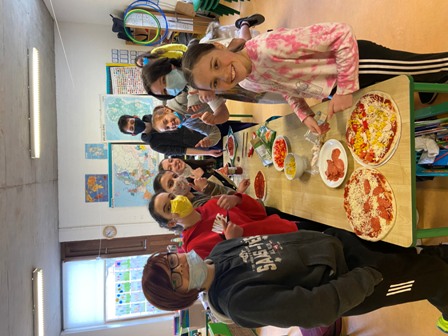 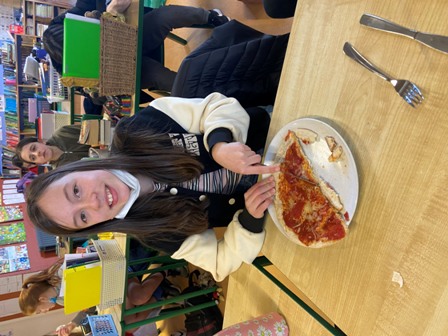 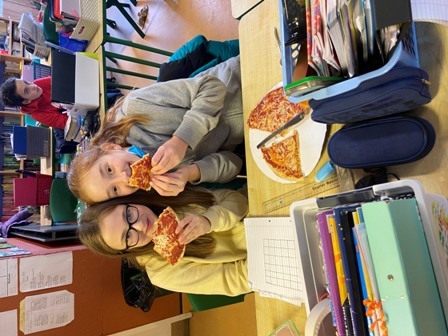